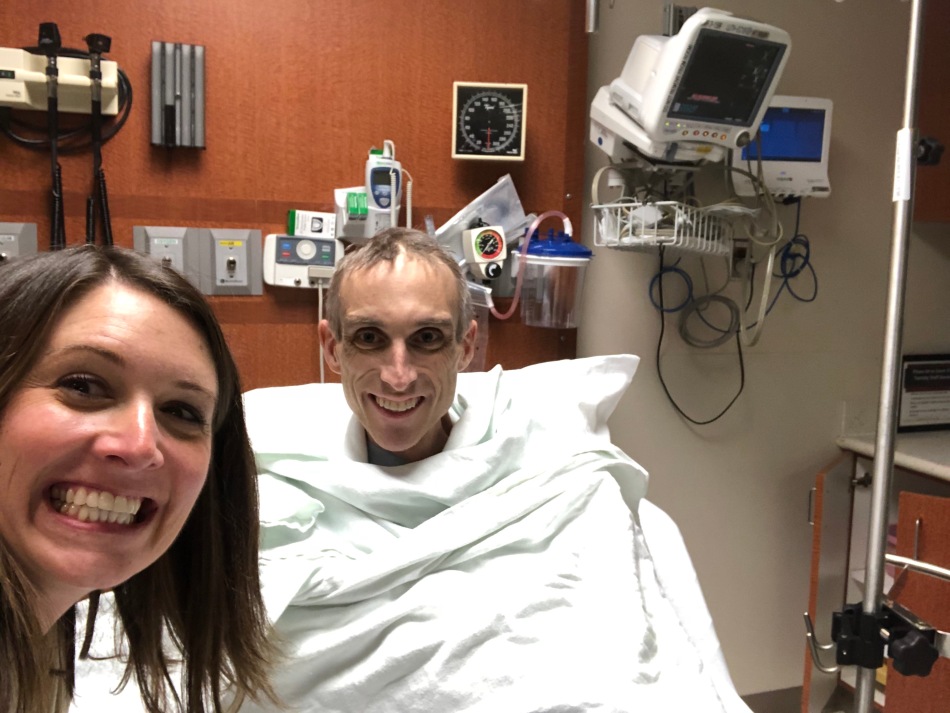 I became a teacher because I loved English. I had accidentally double-majored in English during my undergrad (long story!), and my career in marketing and public relations left me unfulfilled and cynical. So, back to school I went.

Student teaching slapped me right in the face. Shock, horror, and disappointment set in when I realized most kids weren’t like me — because, you know, most of the world isn’t a Catholic, white, straight, able-bodied, middle-class girl from the suburbs. But my initial reaction moved from shock into confusion, and finally to a place of empathy and humility. I had existed in my own little ecosystem, and a whole world had been out there all along. The gift of teaching — like parenting — is that it de-centers you.

It occurs to me that this may be what doctors go through. Generalizations make me squeamish, but I’m going to take the leap here.

Like me, they went into a people business… maybe not so much because of the people. And that presents a conundrum.

This week marks a year since we traveled to Houston, hoping that some miracle lay under some unturned stone, and all we needed was some plane fare to find it. This week was emotional reliving it all, seeing the pictures pop up from a year ago, remembering how Jeff lost the ability to walk unassisted. For the rest of his life, he would need a walker. I remember the cognitive dissonance of feeling like we were on vacation.

I felt that same cognitive dissonance when it came to some doctors. We met some brilliant doctors who save lives and are held in a regard (and expectation) tantamount to God. And yet, they are simply… people. Some have little practice in or reflection on how to have a conversation about death or dying. Some won’t look you in the eye. Some simply stop talking to you when there’s nothing left they can do. In Jeff’s case, the doctors were entering at one of the climactic moments of his life, and some took little stock of Jeff’s entire story up to that point. Among other emotions, it struck me as unjust.

Teachers have a moral responsibility to get to know their students. The days of sitting in rows of desks facing the front of the room are over, thank goodness. The days of round tables and busy classrooms are upon us. Collaboration is messy and meaningful. It takes more time. Teachers need relationships with kids, if they are to help them navigate the menu of choices for how they can spend their time.

I believe that same moral responsibility extends to doctors. The days of simply telling patients what to do, and having them blindly follow orders, are over, thank goodness. The days of questioning, reflecting, keeping notes on iPhones and Chromebooks… the days of second and third opinions and healthcare for everyone are upon us. It takes more time. Doctors need relationships with their patients, if they are to help them navigate the menu of choices for how they spend their time, especially when that time starts to contract.

I don’t pretend to know all of the mitigating factors that pull on a doctor’s time. I do know that data matters: how long is each appointment? How many patients does a doctor see? But I do know most of the mitigating factors on a teacher’s time, especially in high school: an average of 150 students, with various needs, interests, concerns, and talents; an average of 45 minutes a day, five days a week; an average of 10 minutes per class period lost to announcements, drills, or other well-intentioned activities to engender school culture; 180 days to make it all happen. When teachers aren’t teaching, they’re planning with other teachers. And that’s not to mention all of the grading that is done almost exclusively outside of the school day. This is not me complaining — this is me saying that we all have limited resources, and time is one of them.

The comparison between doctors and teachers breaks down at many points, and that’s fair: they’re different professions. But there are some very reasonable societal expectations of teachers that I think ought to be extended to doctors as well. After all, every society has always had three things: teachers; healers; and religious people. I think the comparison is fair.

I’ll never forget when I called a highly-regarded and prestigious hospital last year. A friend connected us with a premier doctor at this premier facility for a second opinion. Persistent yet apologetic, I called and called and asked and asked until I got the right scheduler.

The woman I spoke to was not thrilled to speak with me.

“All of these people calling… trying to back-door their way in!” she ejaculated, as if it were all one word.

What I thought, and what I wish I would have found a diplomatic way to say, was, “If your life was in danger, what wouldn’t you do? Answering the phone call and talking to me – as my husband is dying – seems like the most minor of inconveniences.”

Sad is how I felt in the moment. Later, it contorted to rage. Now, when I think about that phone call, and how incredibly difficult that woman made things – equivocating on answers; sidebars of exposition about how she’s sick of people calling – it makes me sad again.

I didn’t realize I was “back-dooring” my way in, until she scolded me. And even with that, nobody should be made to feel apologetic for seeking expert medical care. Nobody.

That woman’s frustration was likely valid. I, too, am sometimes frustrated by parents, administrators, students, and colleagues. But where and how I vent that frustration has implications and consequences. That woman was wrong to vent to me.

It seemed like gatekeeping. And while I can’t speak for every teacher, I can tell you that gatekeeping – like generalizing – also makes me squeamish. I’m of the philosophy that AP and honors classes shouldn’t have gatekeeping. This concerns some parents: what is that doing to their kid? Isn’t that ‘watering down’ the pool of kids? Does that somehow devalue the experience their kids are having?

I could grandstand on this topic for hours, but the bottom line is this: no. As a teacher who has taught honors and AP classes for 12 of the 13 years I’ve been teaching, I can tell you that eliminating gatekeeping has enriched my AP classes, and precipitated meaningful reflection on my philosophy of education. The education my students receive is richer because my sample size is more representative of the world my students will enter. Empathy is something almost impossible to measure on a standardized test, yet it underpins our entire democratic apparatus.

So when that woman made me feel like she was doing me a favor by taking my phone call, and that I was back-dooring my way in to a premier facility, it produced a visceral reaction that was so complex and multi-layered, all I could do was cry. Because how dare any teacher keep a child from a rigorous education, and how dare this woman challenge my desire to get an appointment there. We all have limited resources. But also, giving opportunities to people is not a zero-sum game. It is very possible that one person could gain in addition to all others gaining. A rising tide lifts all boats.

I see the comparison between education and medicine in many ways.

A teacher has great power. I don’t know anybody who became a teacher for this reason, although I’m sure there are some. Instead, I know plenty of teachers who are put off and intimidated by the amount of power we have. The responsibility is enormous and humbling.

A doctor also has great power. Patients – like students with a teacher – hang on, and remember, nearly every word, phrase, voice inflection, and facial expression from any interaction. The power we hold lies not only in the potential of what we can teach and do, but the impression that we leave about self-worth and possibility. We may not have become a teacher or a doctor because we realized this was part of the power — and, by extension, the responsibility — we hold, but we’re in it now, and we must embrace that our responsibility to the general public… to people who have different values, experiences, and expectations, but who nonetheless share the common experience of being human… is a huge responsibility with moral and ethical implications.

How doctors and teachers care for people says almost everything you need to know about a society.

Doctors must care. Science and research is important. But just like Plato argues in the Allegory of the Cave, and just like teacher worth her salt knows, education is about encouraging a fire that already exists in someone, not simply hooking them up to your brain and downloading information. You could never simply deliver life-or-death information to a patient like you might discuss it with a colleague… doctors must be trained and practiced in how to help people come to terms with their own health… about science, scans, and how to make the hard decisions about how we die. We need support staff who also embrace this. And we need a public who demands it.

Jeff was lucky: he had some doctors who were there until the end. They e-mailed me while he was on hospice care; they sent flowers to his funeral; and they have communicated with me since he died. But I have the feeling — and several experiences — to argue that these doctors are exceptions, not the norm. And that’s a shame.

I feel just in my call to action not because I know what it’s like to cut someone’s flesh with a scalpel or prescribe the best chemotherapy regimen. I feel just because I am a human being, and because – as an educator – I am expecting of doctors what I expect from myself. Yes, it’s tiring. Yes, it’s exhausting. Yes, it’s physically, emotionally, and – I’d say – spiritually draining. But it’s the paradox of our work that, most of the time, when we pour ourselves into it, we are filled with something more life-giving than what we expended. Any work worth doing falls into these categories. And we have been called to do it.