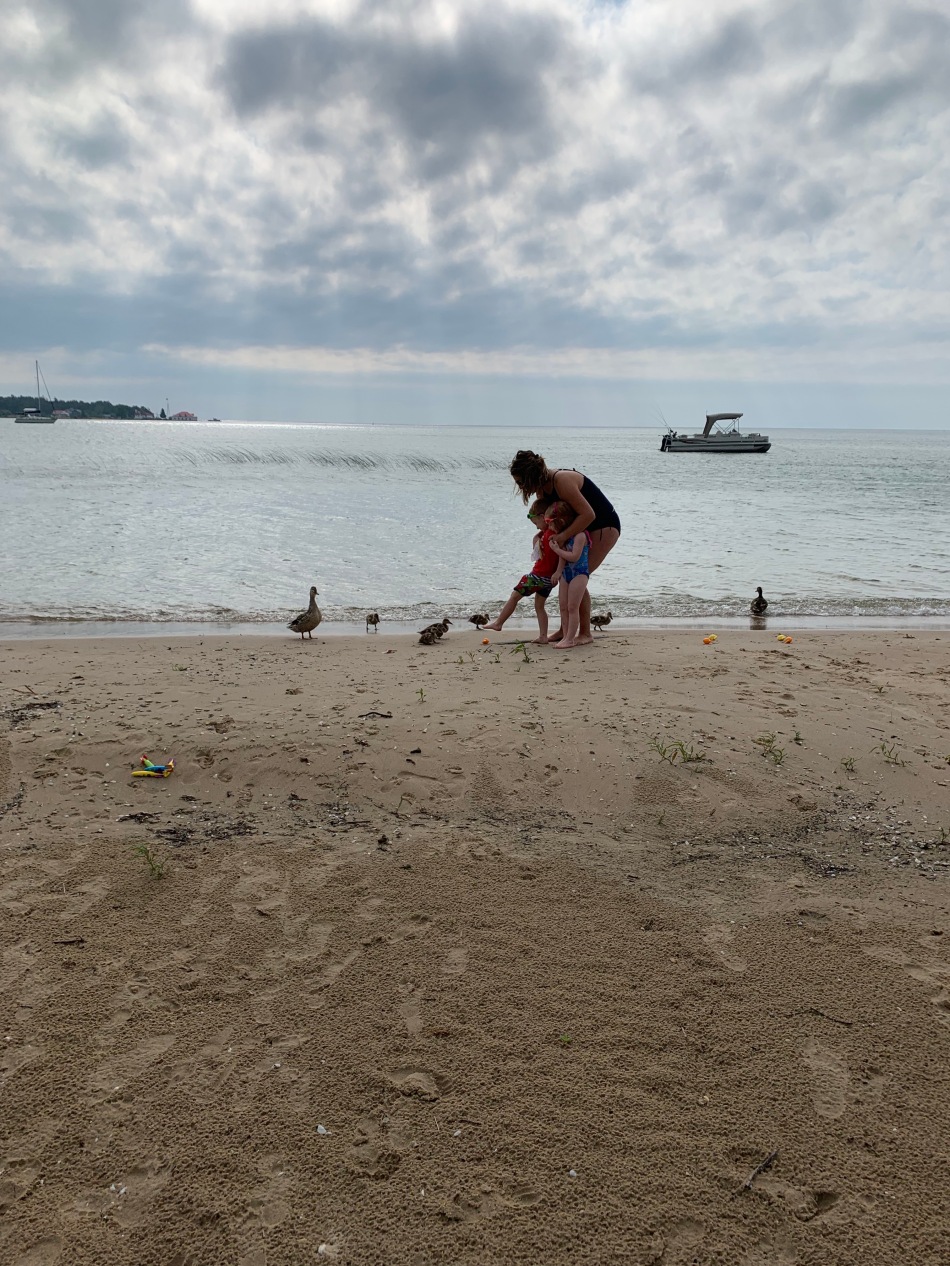 One of Jeff’s favorite musicals was Rent. He saw it four times with Trish — five, if you count the time that Jeff and Trish allowed their spouses to come. The two of them had a special bond over the music and the whole experience. It was a thing they shared.

And I keep going back to a song from that musical:

In daylights, in sunsets
In midnights, in cups of coffee
In inches, in miles, in laughter, in strife
In five hundred twenty-five thousand six hundred minutes
How do you measure, a year in the life?

How can I possibly measure this year? The year after my husband died? I suppose by all the measurements that the song suggests.

I remember daylights, shorter days in January, when the weather was cold, and the winter weather reflected my feelings back at me: stark and unforgiving. I remember other daylights, driving to school with the kids, pointing out the colors in the sunrise and the kids noticing more shades than I did.

I remember sunsets this summer, many alone — usually by choice — sitting on my back patio, drinking a glass of wine. I remember midnights, some recently, with sick children, cleaning up puke and whispering comforting words, hoping I’d say the right thing so we could all go back to bed. And there was lots of coffee. Always coffee. Yes, please.

There were inches: the inches my children grew. The inches the grass grew on Jeff’s grave, thanks to Randy’s near-daily routine of tending to it. There were the miles I traveled, sometimes with the kids, sometimes not. The miles driven back and forth from school and parks and houses. The miles run on the treadmill in my basement.

The laughter came, too. Laughter from all of us — at each other; at situations; at funny things that kids say. And of course, there was strife.

The ‘seasons’ part hits me. One of the first lessons I learned in therapy – over 10 years ago – is that we all have seasons. Sometimes, we’re in a rainy season, where things are sad and dismal and wet. Sometimes, we’re in a sunny season, where things are happy and shiny and warm. All of us have all of the seasons. Some of us cycle through them more quickly than others. But we all go through them.

I have always thought of our seasons as the weather, but until I remembered this song, I had never thought of seasons as emotions. And if that is true, this year — even though it was hurricane season for me — was also most definitely a season of love.

So it only makes sense that Jeff’s death was followed with love, and that this year — if we were to measure in love — would be one hell of a year.

We could choose to measure by something else, though. Love, after all, is a choice.

If we measured by loss, this also would be one hell of a year. We all lost different versions of Jeff. Jake and Kate lost their father. I lost my husband. Barb and Randy lost their child. Trish lost her brother. Scott lost his brother-in-law. My niece and nephews lost their uncle. Jeff’s friends lost a close friend, sometimes a best friend. We all lost a keeper of memories; an entry in our phone favorites; a person in favorite photos. Jeff was three-dimensional because we all knew and loved him for different reasons.

If we measured by tears, it would also be one hell of a year. Some of us cry every time we talk about Jeff. Just tonight, I stopped in my tracks and sobbed. I have had moments in almost every part of my house, where an invisible metal panel was pushing me against the floor or a wall, and I was convinced I would never get up. The weight was so intense and so real that it surprised me when nothing was there… only grief, which – while also invisible – is real and palpable.

If we measured by change, then also… a big year. Jeff’s death was an explosion that sent shockwaves, penetrating every aspect of my life… of many of our lives. Some of the changes in my life were necessary, like setting up certain accounts and signing certain legal documents; others were gradual, like small changes in parenting and responding to my children’s grief; and others were voluntary, like trading in Jeff’s car, renovating my house, and accepting a new job. The deeper changes, though — those that can’t be measured — are in my personality and beliefs and values. I’m not sure they’re completely different, but they’re definitely consolidated. And if I was analytical before all this happened, then I have moved to the philosophical. I feel incredibly old. And even with that, I am paradoxically more satisfied with who I am.

If we measured by anger, then I have something offer there, too. I’m pissed that Jeff was in pain and died so young. I’m especially pissed that my children won’t know their father. He was a damn good father, and I won’t get to watch that. I’m pissed that I am a 37-year-old widow. I’m pissed that there’s so much to do after the kids go to bed. I’m angry that when people talk about what they’re watching on TV, I have resigned myself to the fact that I likely won’t watch it, because making time to watch TV is difficult. I’m pissed that so many people have to help me, and that I have to ask for help. I’m pissed that whenever I leave my house, someone either has to watch my kids, or they have to come with me — there is no “running to the store.” I’m angry that when my kids puke in the middle of the night, it’s all me. There’s nobody to help. Yes, I feel rage about a lot of things. I’ve learned to tell the kids that I’m giving myself a “time out,” and I go in my closet and scream.

If we measured by how much I miss Jeff, then there’s nothing to note… because nothing has changed. I miss him every day. I miss him just as much as I did the day that he died a year ago. The only thing that has changed is my ability to regulate that emotion. But when I let myself feel it, zero time has passed. I’m transported right back to the moment that Jeff died, and right back to the Saturday before he died, when I came home from UChicago and collapsed on the floor in front of my dishwasher, with my aunt and cousin beside me.

Depending on the moment, I change the measurement. But I force myself to go back to love. Anger takes so much energy, and I get zero in return for acting on it. If I get any satisfaction, it’s fleeting, and I usually feel guilty afterwards. Changes, tears, loss… those are all fine. But love — that one gives back in dividends.

Love is what took all of us to Lake Geneva this weekend, to be together for Jeff’s deathday. We went on the Santa Boat Cruise — the whole Thomas crew. I know we weren’t faking it when each of us said we enjoyed ourselves.

Love is what prompted me to take Jake to his first therapy session last week. He’s struggled with anger all year, and I’m mostly relieved that I made the decision to connect him with a therapist.

Love is what I felt when my colleagues and parents of my students — people I wouldn’t expect to acknowledge Jeff’s deathday — remembered it.

Love is what dinged on my phone all day yesterday, with texts from all sorts of people. I am still shocked and humbled by Jeff’s friends who keep in touch with me. I am mortified by some of the things that people have done for me out of love. Love keeps showing up in all sorts of ways that make me feel relieved, confused, undeserving, and thankful all at the same time.

And most importantly, love is what lives at my house. It’s in our pictures and symbolized by the engagement ring in my jewelry box. It’s in the advent wreath on our table; the Elf on the Shelf that flies to the North Pole every night; and in the strands of Christmas lights on our tree. Love lives here because Jeff lived here, and we all lived here together. He isn’t here anymore. But the love is.

We could measure this year lots of different ways, and I have. I’ve taken stock of things over and again — I’ve felt every emotion that I know a word for.

I suppose that by most measurements, it’s been one hell of a year. But if we measure in love, then this one tops the charts.